"GovNext India Foundation- is an organization formed with a vision to excel in good governance through exemplary training methods and innovative systems; right from the Central Government to State Government till the smallest governing bodies in the nation. The genesis of "GovNext“- Good Governance in Government, is primarily to infuse the redundant resources with innovative technological solutions, training by industry professionals and enable active partner support systems. A thorough re-engineering is our mandate in-order to upscale government initiatives and enhance execution abilities within the organization.

GovNext is an organization built by able professionals exercising their wisdom, expertise and innovation for betterment of nation’s future generation. It embraces an eclectic mix of core team members with rich and diversified exposure. The team at GovNext aims at providing efficient technovation based solution in the field of Healthcare, Education and Skills development. GovNext University is considered as the nation’s first of its kind that evolves GovNext Foundation as a turnkey solution provider in the coming years.

The amount of change in the world economy in the last 20 years and the rate at which it has occurred is staggering. It is inevitable that everyone will have to deal with a significant degree of professional change. This shift could be seismic, to the degree that the very nature of a trade or profession is transformed forever. The great economist and Nobel laureate WA Lewis argues that an economy consists of two sectors: Capitalist (urban and industrial) and a subsistence sector (rural and agricultural). Wages in the capitalist sector are higher than in the subsistence sector, hence there is a tendency for labour to move from the latter to the former. However, in India, the growing population has led to an endless supply of cheap labour and this has also brought down wages in the capitalist sector. Moreover, the capitalist sector is not growing fast enough to provide jobs for this large population. With a small fraction of its workforce having formal vocational training, skilling in India has become increasingly difficult. 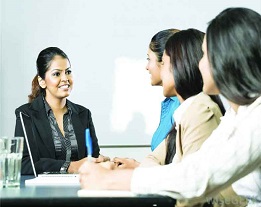 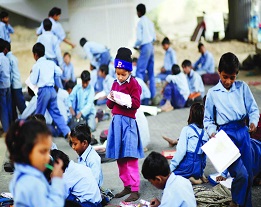 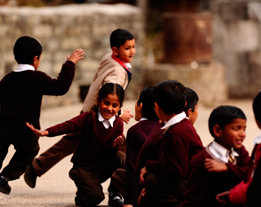 GovNext deploys industry’s best to bring in innovative solutions in the field of education, healthcare and skills development alike. Some of the solutions are driven by new age technologies.

Technology is now the back-bone of any industry that exemplifies performance and efficient. Technology and its ubiquity enables any effort a resounding success. GovNext has leveraged technology to implement solutions in Tier II/III and IV cities across the nation.

Revolutionary solution in the governance was witnessed through E-Governance. E-Governance had enabled a seamless integration of governance with the citizen on a click of the button. Amid growing citizen awareness E-Governance is a boon that GovNext plans to extend government operation on.

Over a 1 billion or more active users of the mobile in India and smart phone application are the in thing. The netizens are the nextgen citizen of the nation, therefore it is imperative to slowly transit from existing form of governance to new age governance. GovNext has made efforts in this direction to ensure that such transitions are smooth and seamless whilst the interactive citizens’ demand for upgrade.

Decentralization of operations- An approach that has never failed in any administration or governance. GovNext’s plan to form alliance partners and strategic partners to reach out to distant rural segments is strategically significant. This move not only enables a processed execution but also ensures monitoring of activities and its performances are conducted in timely manner.

GovNext believes in technology. Technology is considered as the best method in bringing transparency in any business or operation. With technology the business process is channelized, thus corruption is mitigated. In-order to bring the management and operations in order GovNext foresees Technology as the barrier breaker.